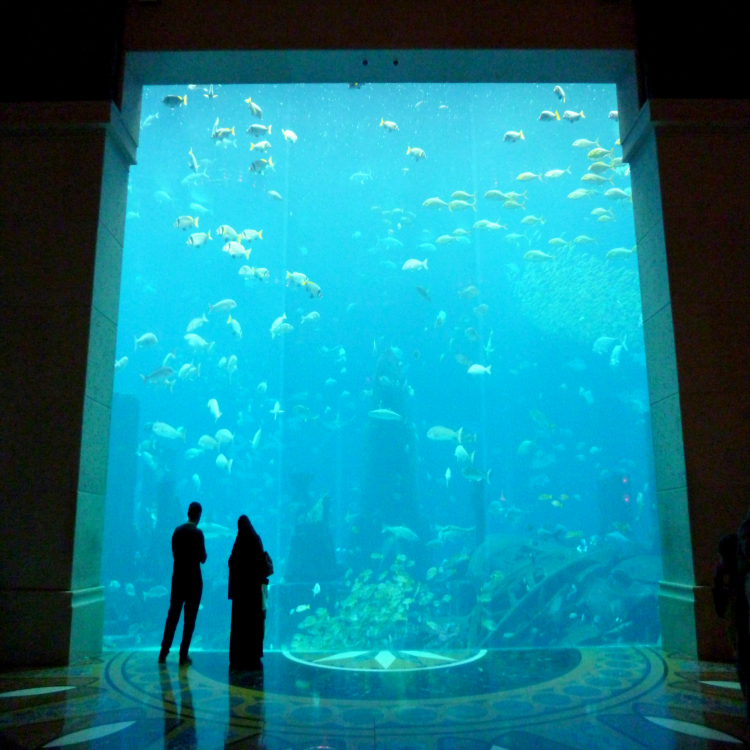 When we booked to go to Dubai we had very preconceived ideas about what we would find there and thought that yes we would have a good holiday and see somewhere new but had in mind to do as much as we could whilst there as we didn’t think it would be a place that we’d go back to once we’d seen it! But how wrong we were as we had an amazing time – we stayed at the Atlantis on the apex of the spectacular Palm island which was a real treat, experience and a whole world of it’s own, with the feeling that you were on a Caribbean island looking over to an other worldly mega city – the beauty of that being that you could dip into city life as and when you felt the need but then retreat easily back into island life and it’s tranquility in just a short taxi drive … an amazing combination of our favourite holidays all wrapped into one! 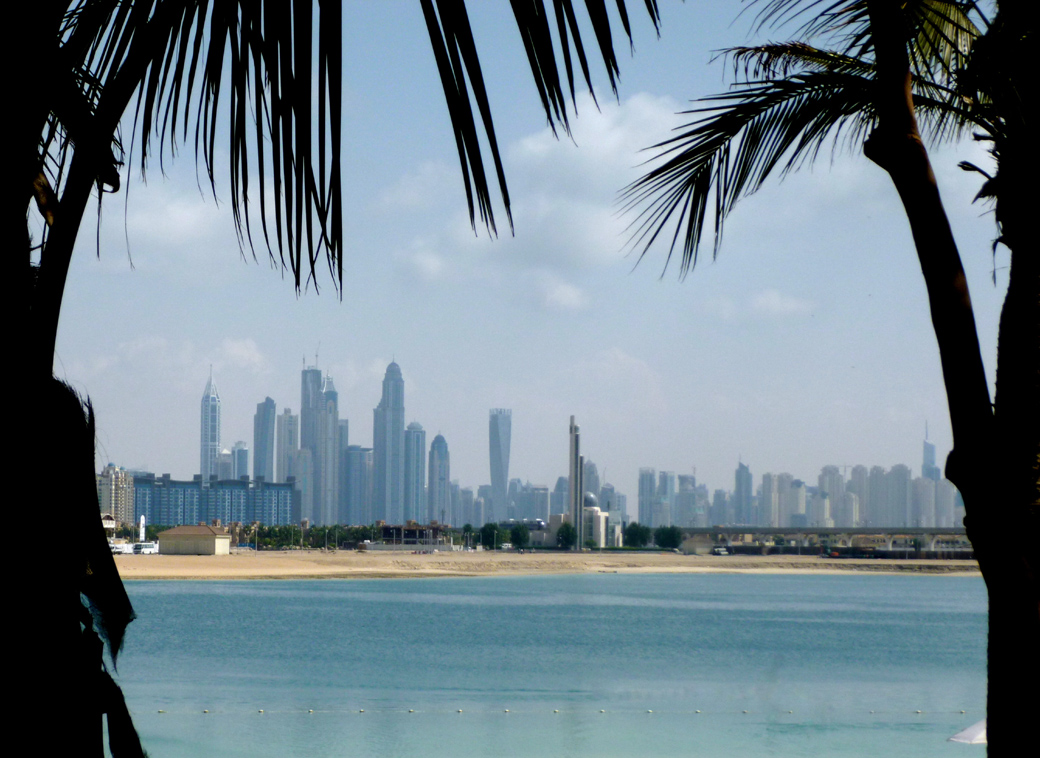 At Atlantis you have everything you need with miles of quiet, white sandy beaches, beautifully landscaped gardens with pools, bars and restaurants, a water park that wasn’t our cup of tea but loads of fun to be had there no doubt for families, a shopping mall that was interesting to walk through once but we didn’t want to shop as we had a private swim with dolphins to get to! A wonderful experience with these gentle, intelligent, beautiful and playful creatures … the on site Dolphin Bay is laid out serenely into small bays where you have your encounter and we didn’t think it was too expensive as we weren’t rushed and had a great time with lots of information given and time with the dolphins. Only negative is that you can’t take your own camera into the area or water so the on site photographer is clicking away but the quality really isn’t any good at all, especially for the prices they are charging for the prints when you view them later in the day in the main hall! 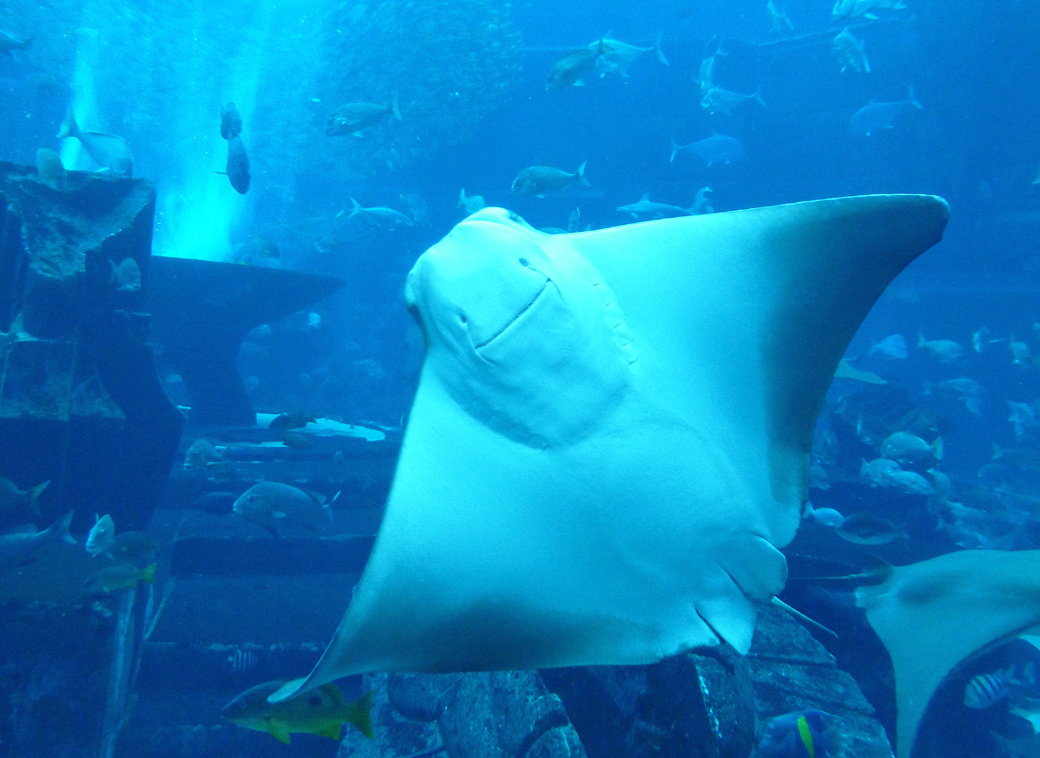 The glory of the Atlantis hotel in our opinion is that it is built around a gigantic aquarium so when you walk along the main hallway you feel like you are underwater with huge viewing windows all around – the most stunning thing we’ve seen and it was totally mesmerising with over 65,000 marine animals in this record breaking tank it’s a sight to behold and get lost in! The feature image we’ve posted above is just one of the enormous windows that we sat in front of for breakfast each morning … you couldn’t ask for a better start to the day than that and we really missed the spectacle, movement, characters and joy of it all on coming home!! David actually went snorkelling in the aquarium too but I wasn’t brave enough as am not a big fan of deep water or sharks!! We also had a fun night eating at Ossiano which is the hotel’s underwater restaurant where we were surrounding by couples getting engaged – the best of which was a Russian couple where the future groom had arranged for a diver to come down inside the aquarium right by their table and hold up a banner saying ‘will you marry me ?’ (in Russian of course!) it was brilliant but a bit awkward thereafter for another prospective groom who traditionally went down on one knee to ask the same question … we felt his thunder had been taken slightly but everyone said ‘YES’ so an exciting and positive evening was had by all! 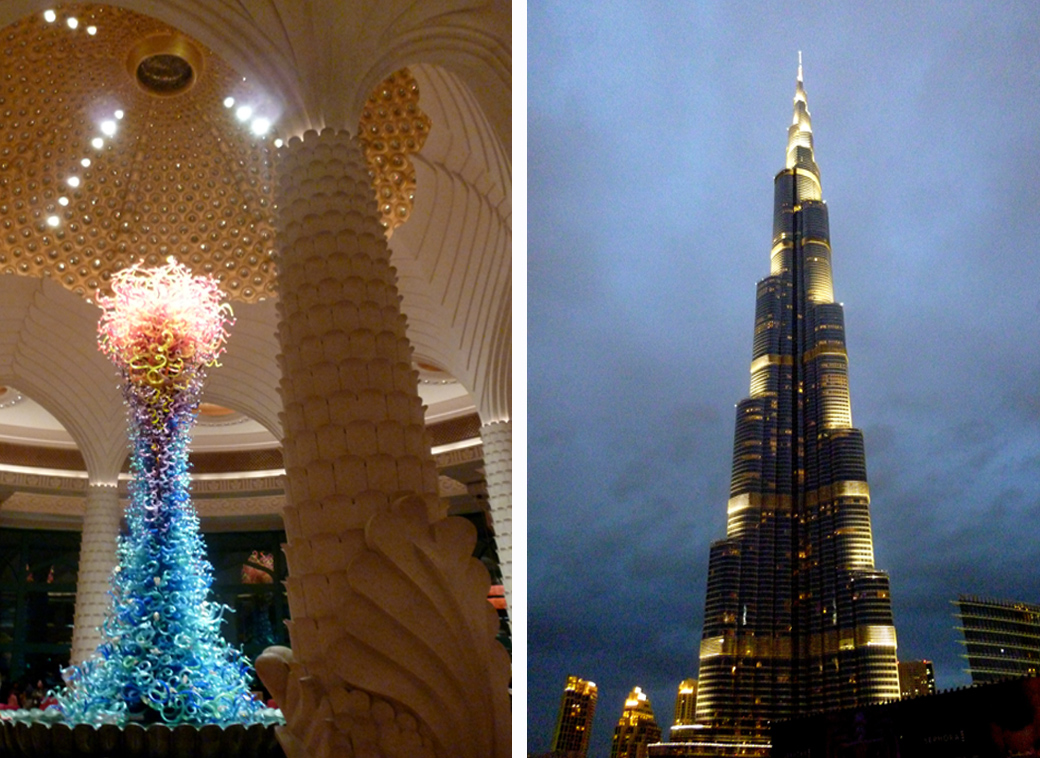 When we did venture over to the city – a short, inexpensive taxi ride – we did have moments of recognition which was unexpected … the main marina was futuristic with it’s sky scrappers but also reminded us of Canary Wharf in London somehow … the world’s tallest building Burj Khalifa is an impressive mega structure of beauty and at night it glittered and shimmered with lights running up and down it which is just like the Eiffel Tower in Paris … in this same area are many bars, restaurants, souks and the vast Dubai mall which encompasses a huge man-made lagoon which comes alive at night fall with a spectacular water fountain display set to music which we’d already seen in Las Vegas out front of the gorgeous Bellagio Hotel who did a better job of it in our humble opinion! Somewhere that we’d never come across before was a 7 star hotel so we treated ourselves to Afternoon Tea on the top floor of the Burj Al Arab in the Sky View Bar which was lovely and the views as expected where extraordinary although a little hazy on the day we went but all the same we particularly enjoyed the glass lift up as you as get a bird’s eye view of the incredible Palm Island – WOW! 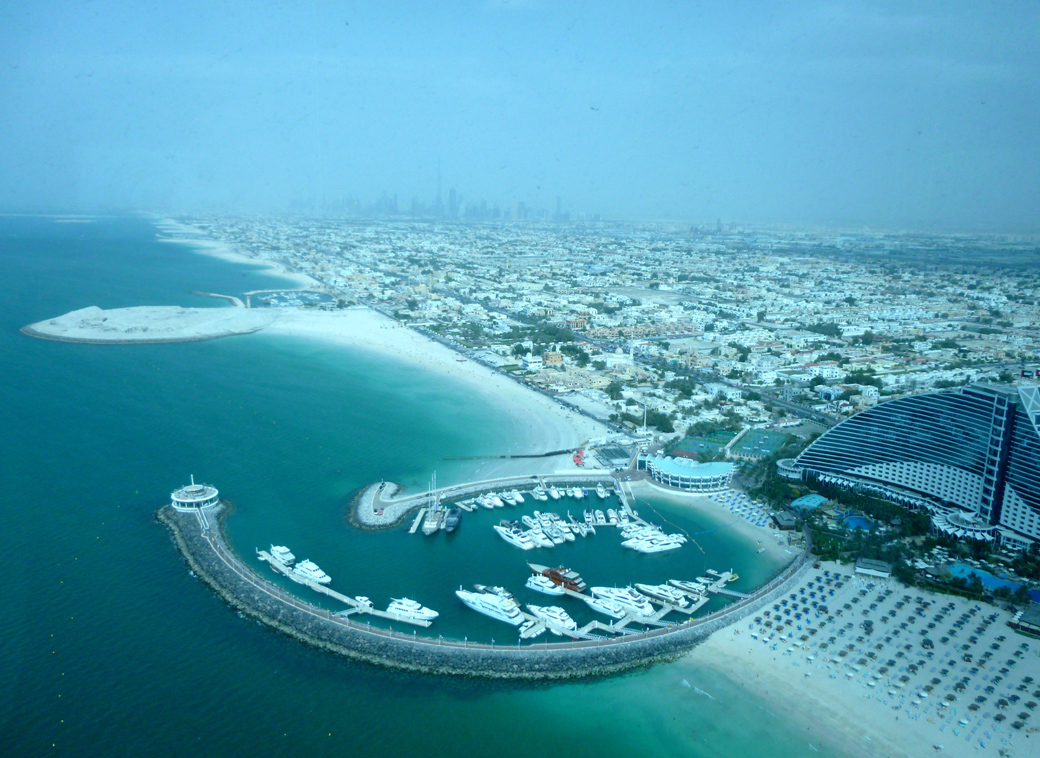 Further highlights for us were the Gold Souk which was unbelievable to see but we didn’t hang around much as you did get approached a lot on the streets of this older, slightly run down area with fake watches and/or bags along with quite a hard sell to get you to enter into the small shops and buy … from the modern and vibrant Dubai Marina we took a Dhow boat, which is a traditional wooden structure, on a trip out along the skyline which was great as you sat comfortably on beanbags on deck and got a real perspective of how much work and what has been achieved here along with the hundreds of cranes where building continues at an incredible pace … 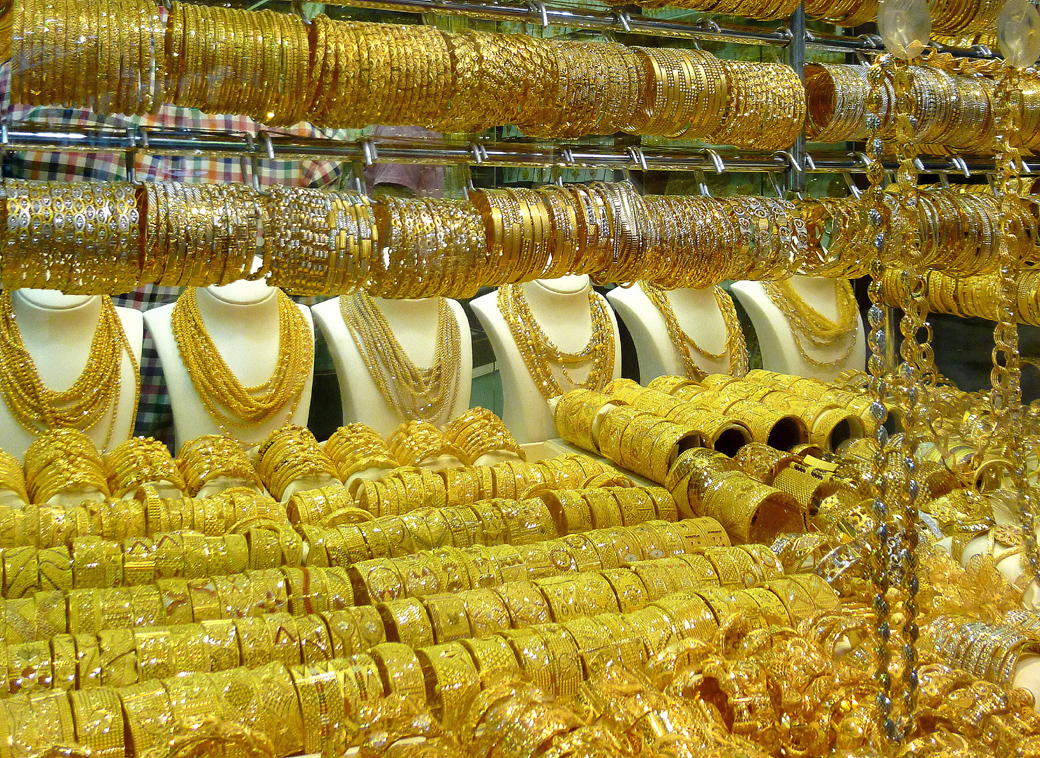 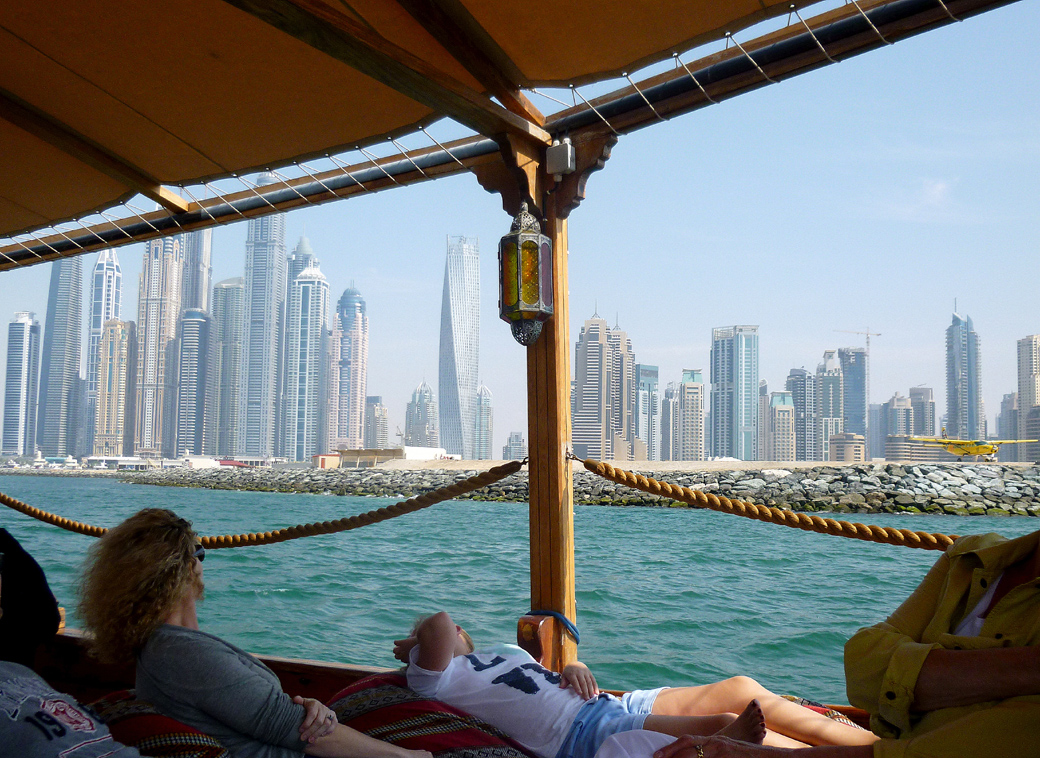 As always we ate incredibly well with a stand out dish that we had after our boat trip near the Dubai Mall overlooking the man-made lagoon where fresh fish comes into a market type area, you choose which one you’d like and it then gets butterflied flat and onto a very hot grill – tastiest fish we’ve eaten in a long time, delicious! We love humous which is freshly made and served everywhere with hot pitta bread to die for! I am vegetarian but David enjoyed lots of spicy grilled meats along with rice dishes and wonderful fresh fruit platters to finish with. So all is all we had a trip of a lifetime in many ways and would gladly visit Dubai again as it makes the perfect stop-over place to recharge your batteries en route to further afield in that direction – any excuse to visit again! 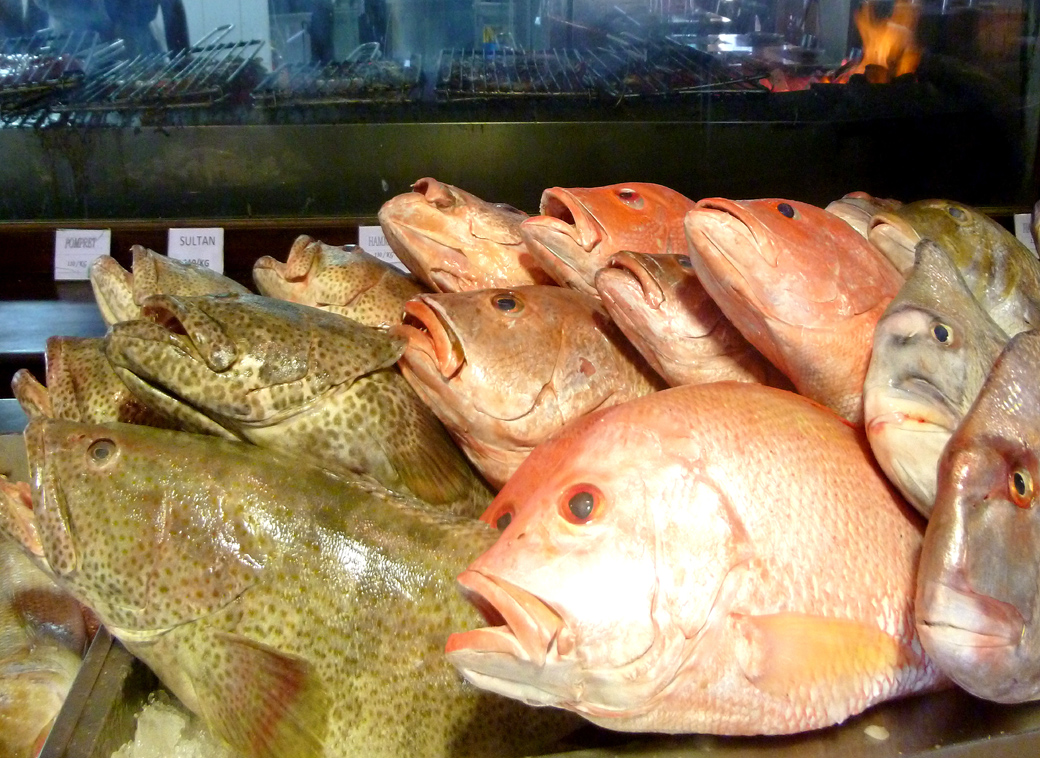 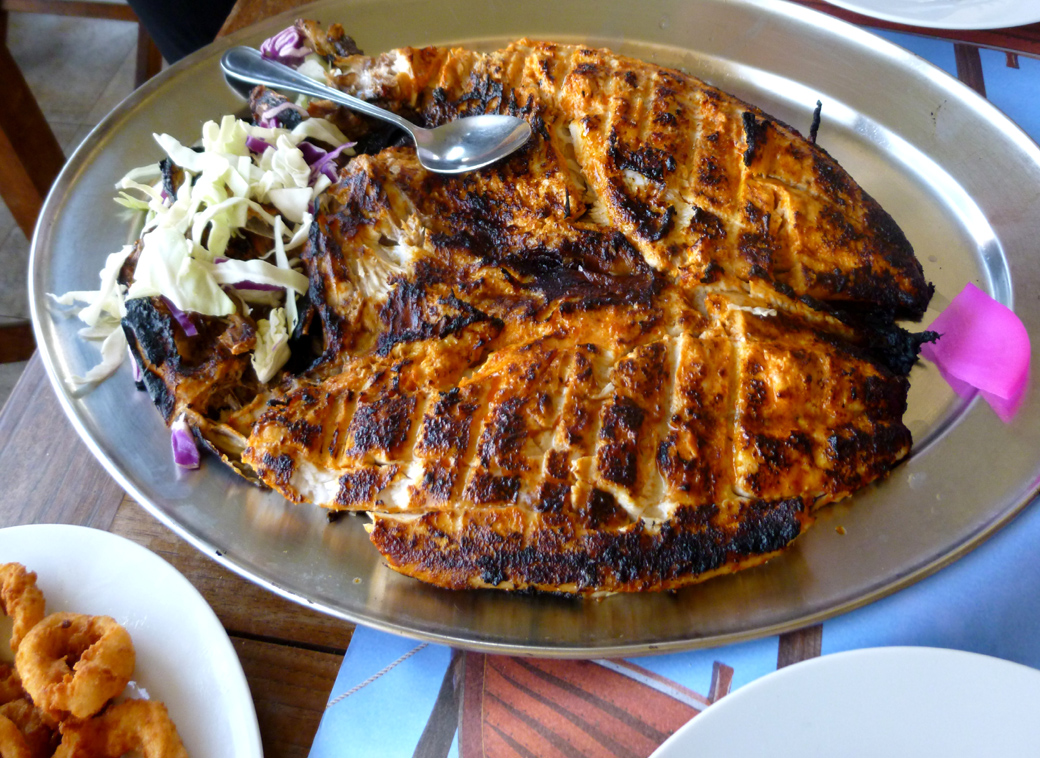 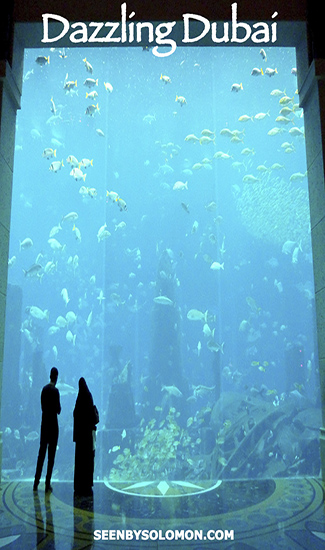 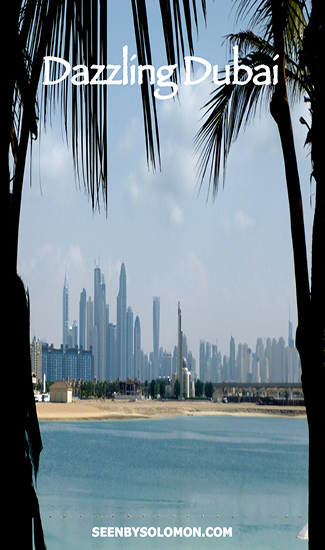 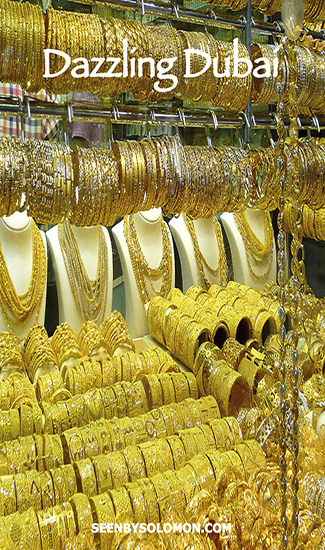 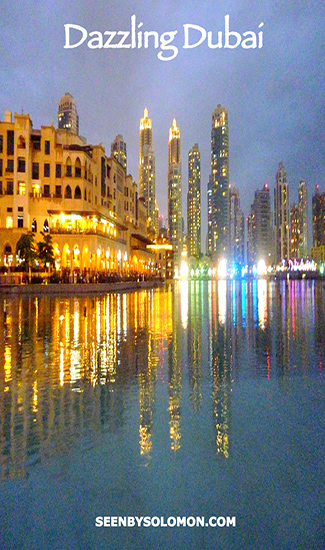